A rooster, a cat, a dog and a donkey set off together for Bremen. The would­be Town Musicians never made it, though: They settled in a robbers’ den in the woods instead – and missed something. It’s a delight to wander the lanes of the city’s Schnoor district or stroll around the Wall, one of its many parks. The Market Square is a great place for “kaffeesie­ ren”, as the locals call having coffee and cake. And when SV Werder Bremen are at home, a long green snake of football fans will wend their faith­ ful way to the Weser Stadium. If the foot­ ball is a shared Bremen passion, the River Weser divides the place in two – geo­ graphically, at least. The same river links this port city with the world. It was the shipping industry and the trade it brought that gave Bremen Europe’s first coffee factory. Even today, half of all the coffee beans imported into Germany will pass through here. And the Bremen Town Musicians? Let’s assume that they lived happily ever after. And let’s hope they got to enjoy the many attractions of this special city, too. 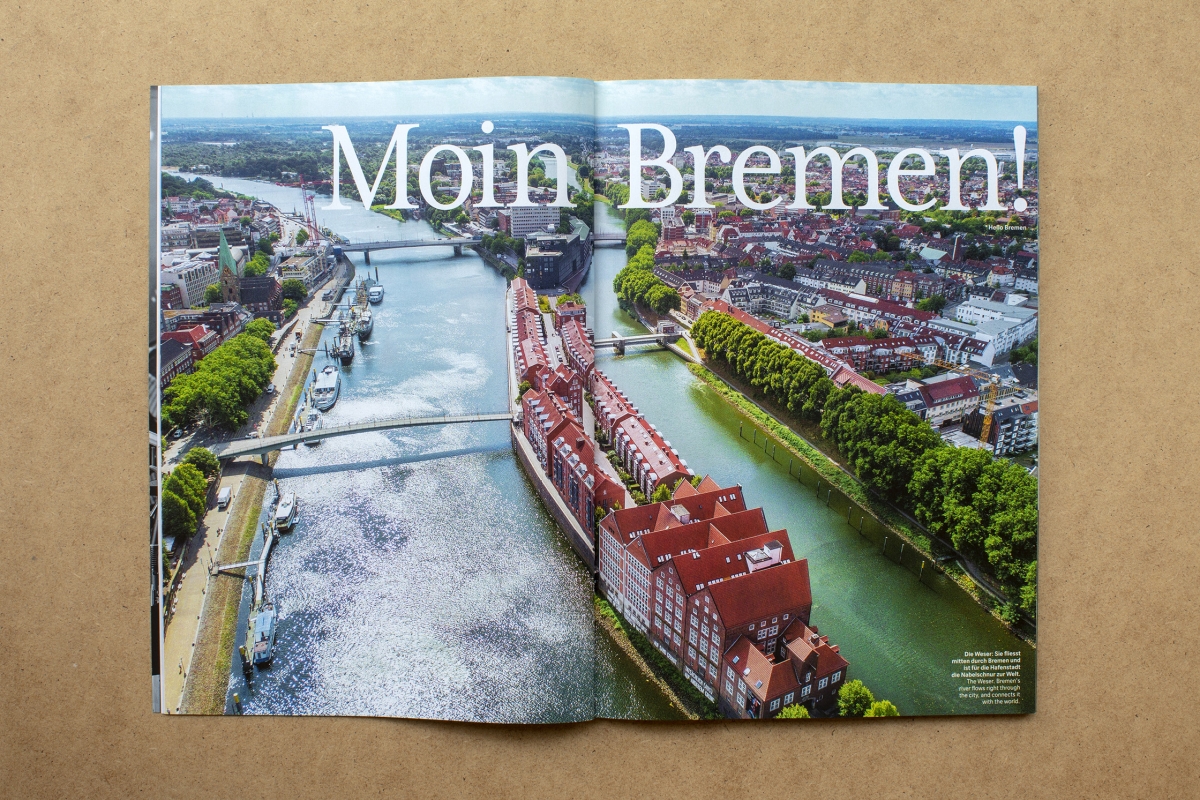 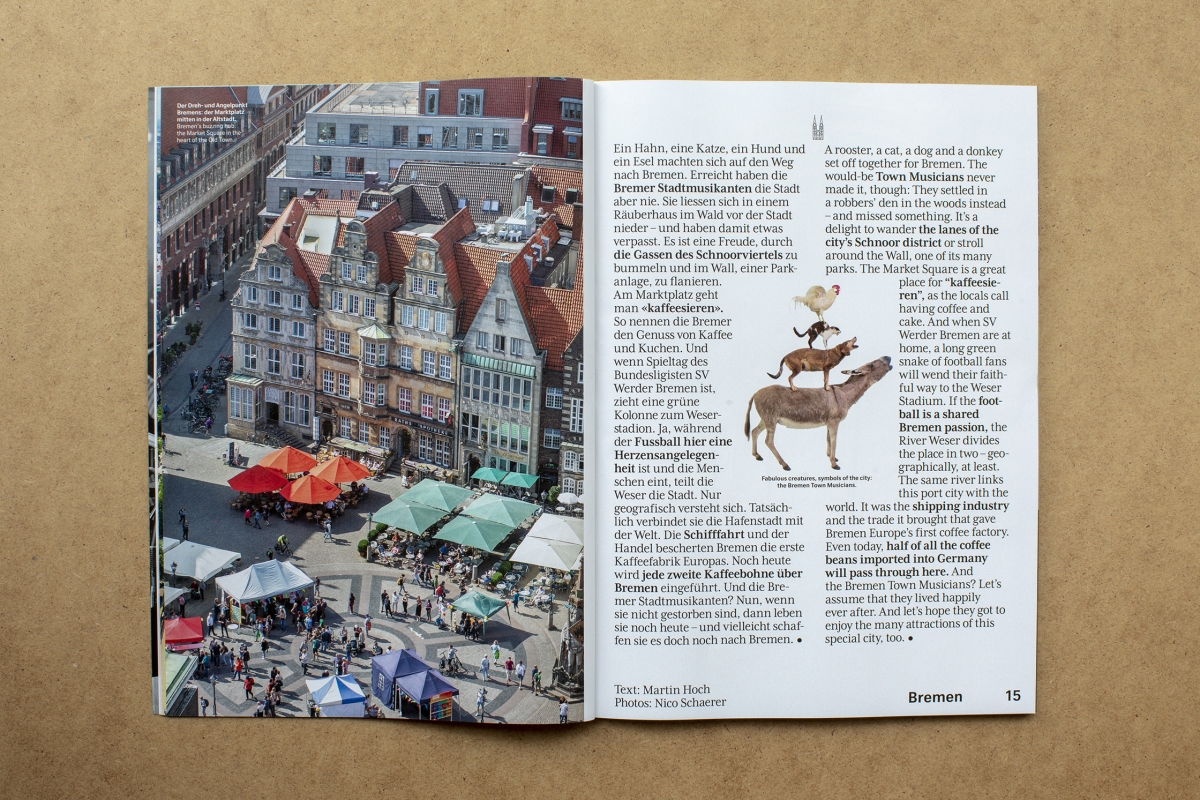 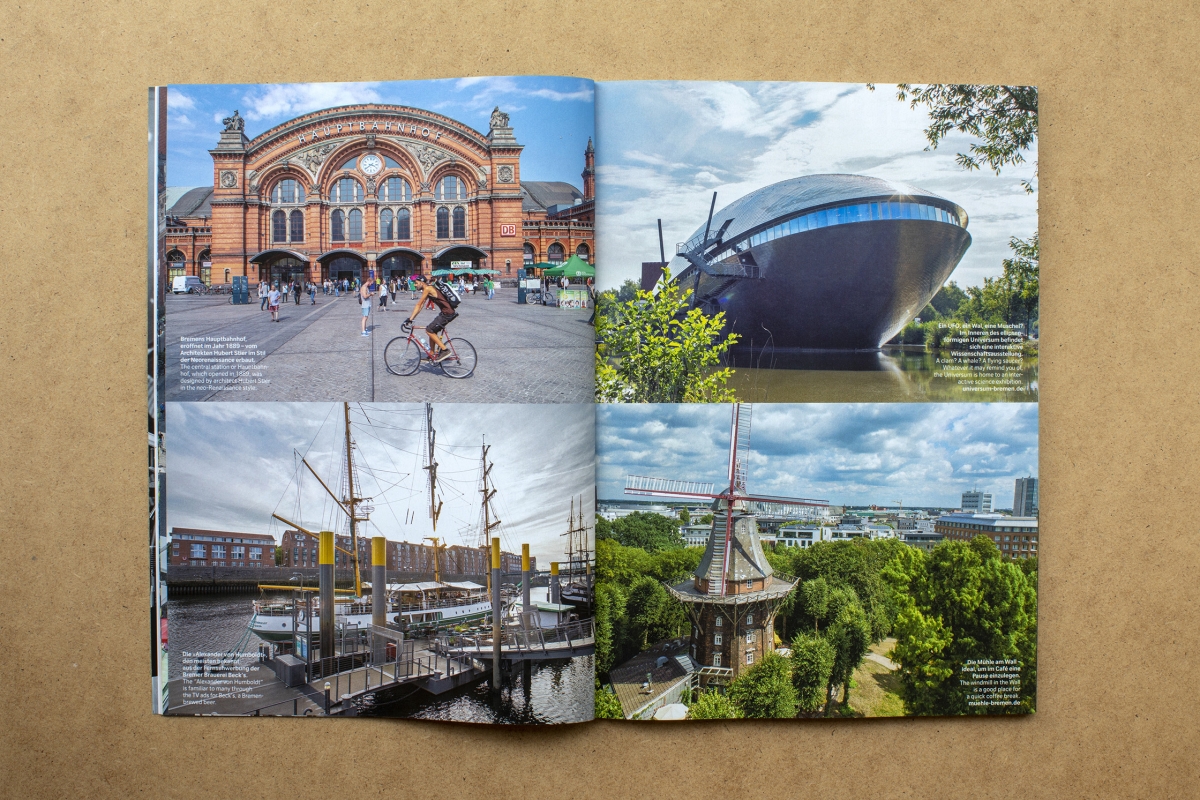 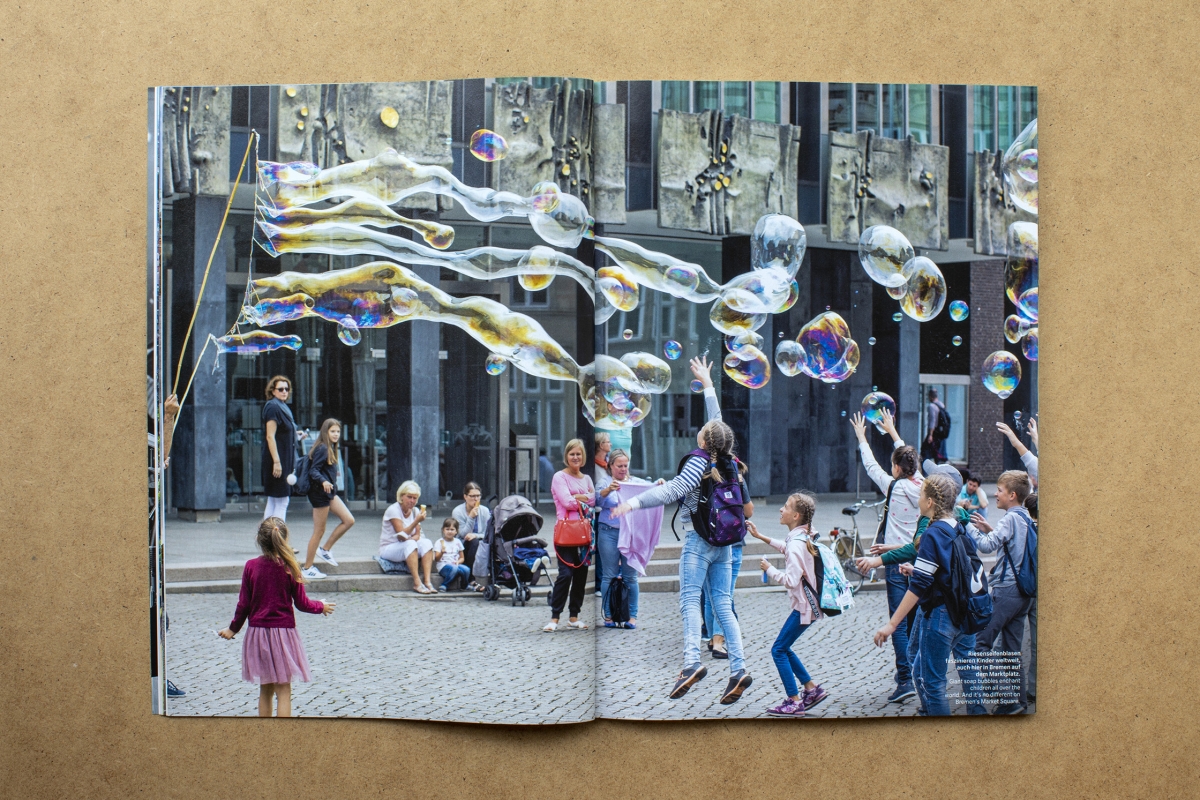 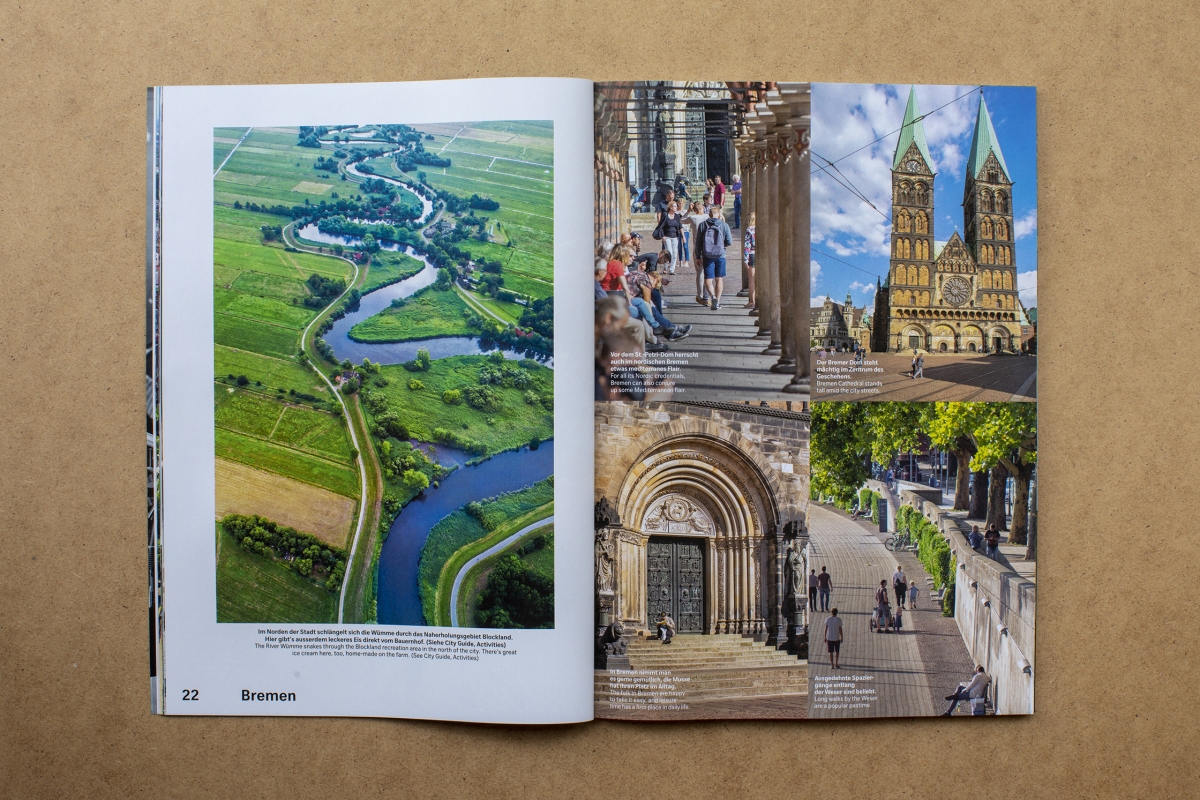 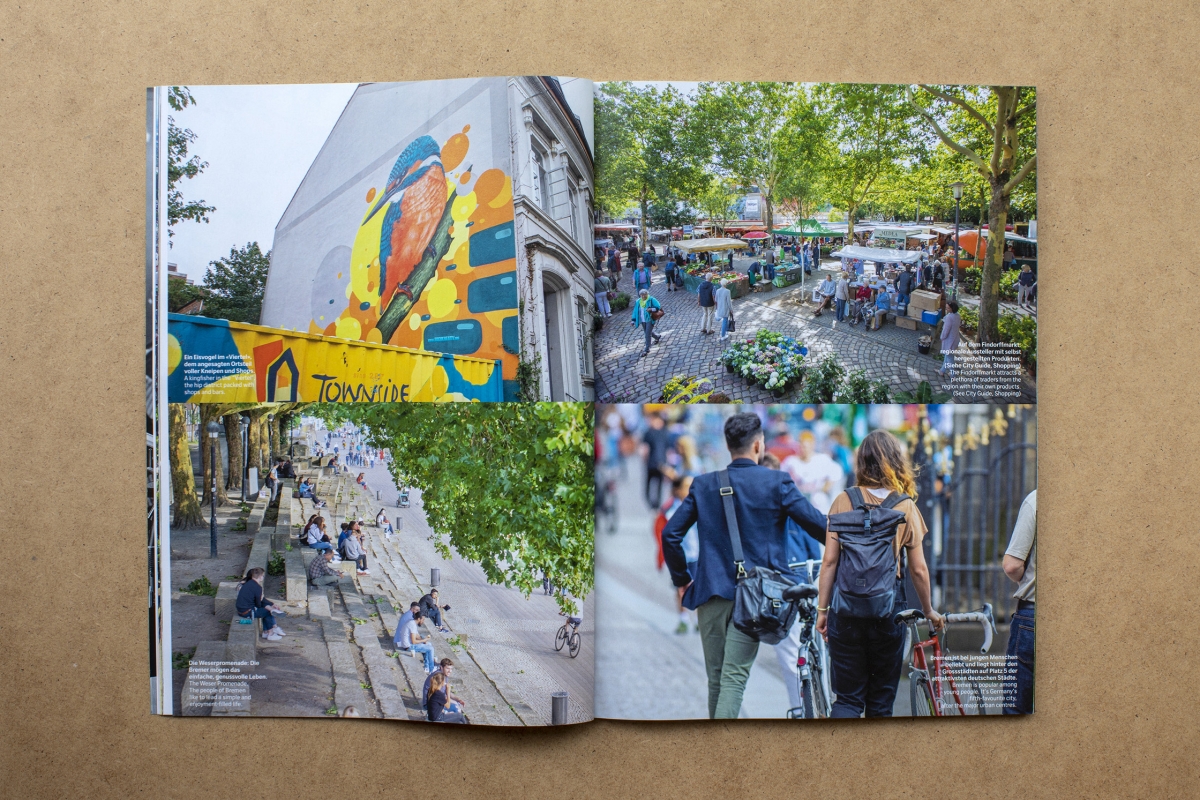 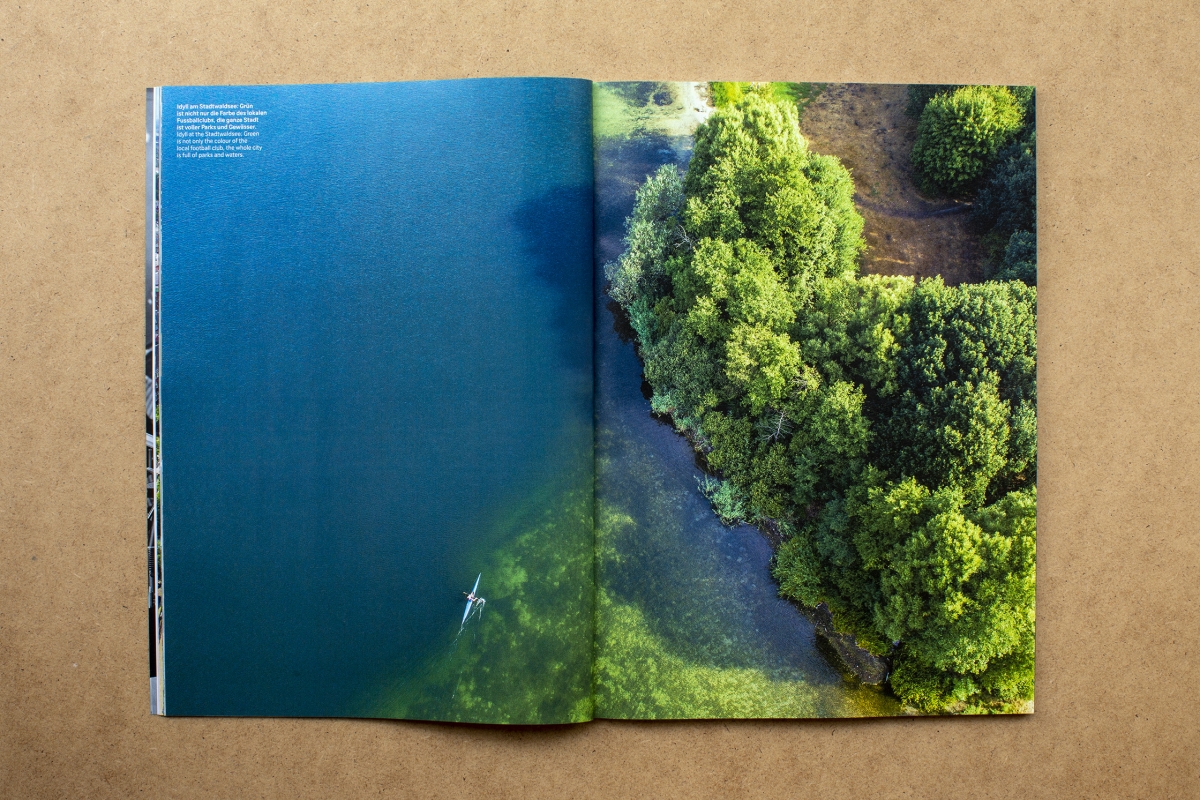 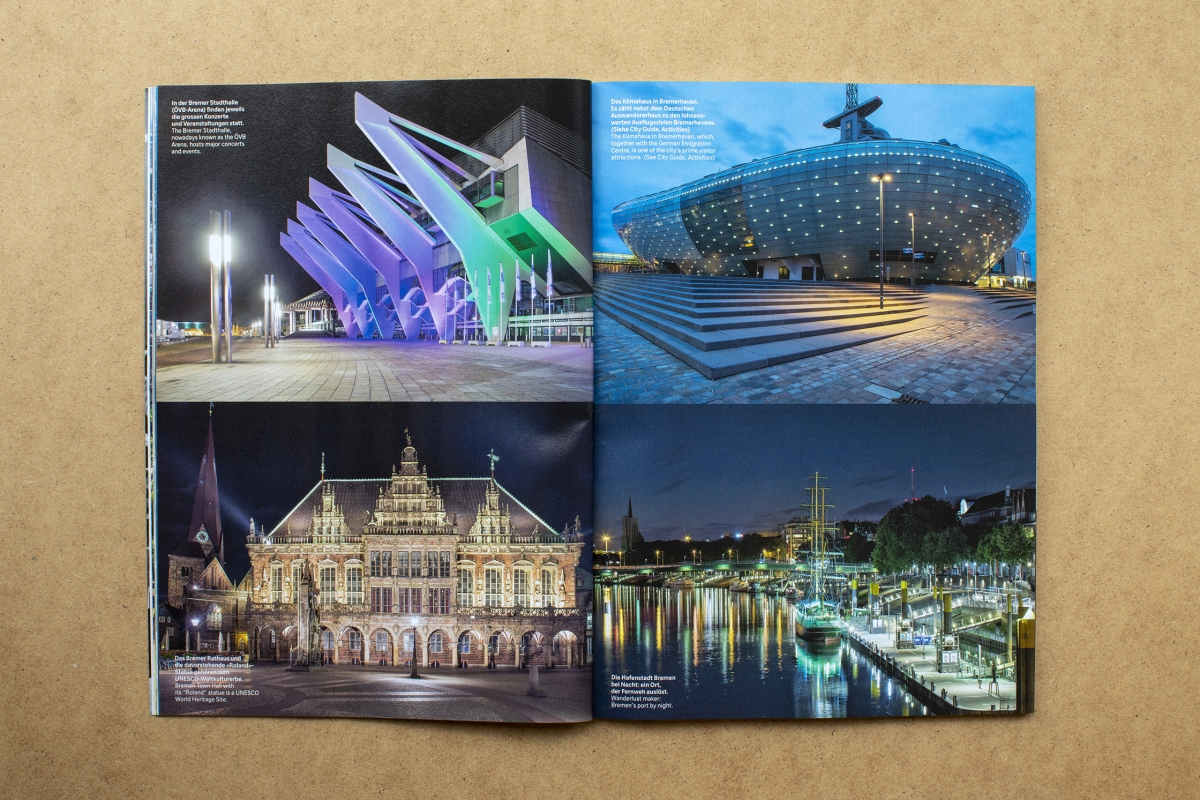 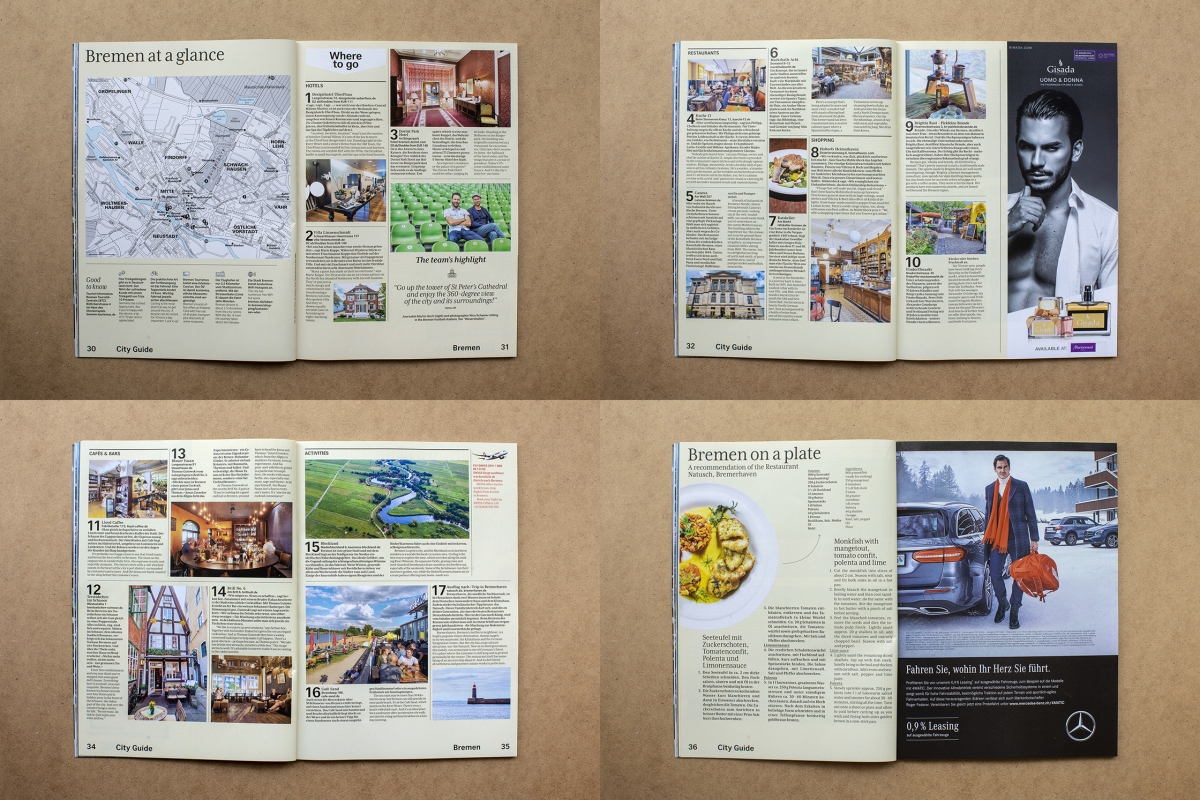